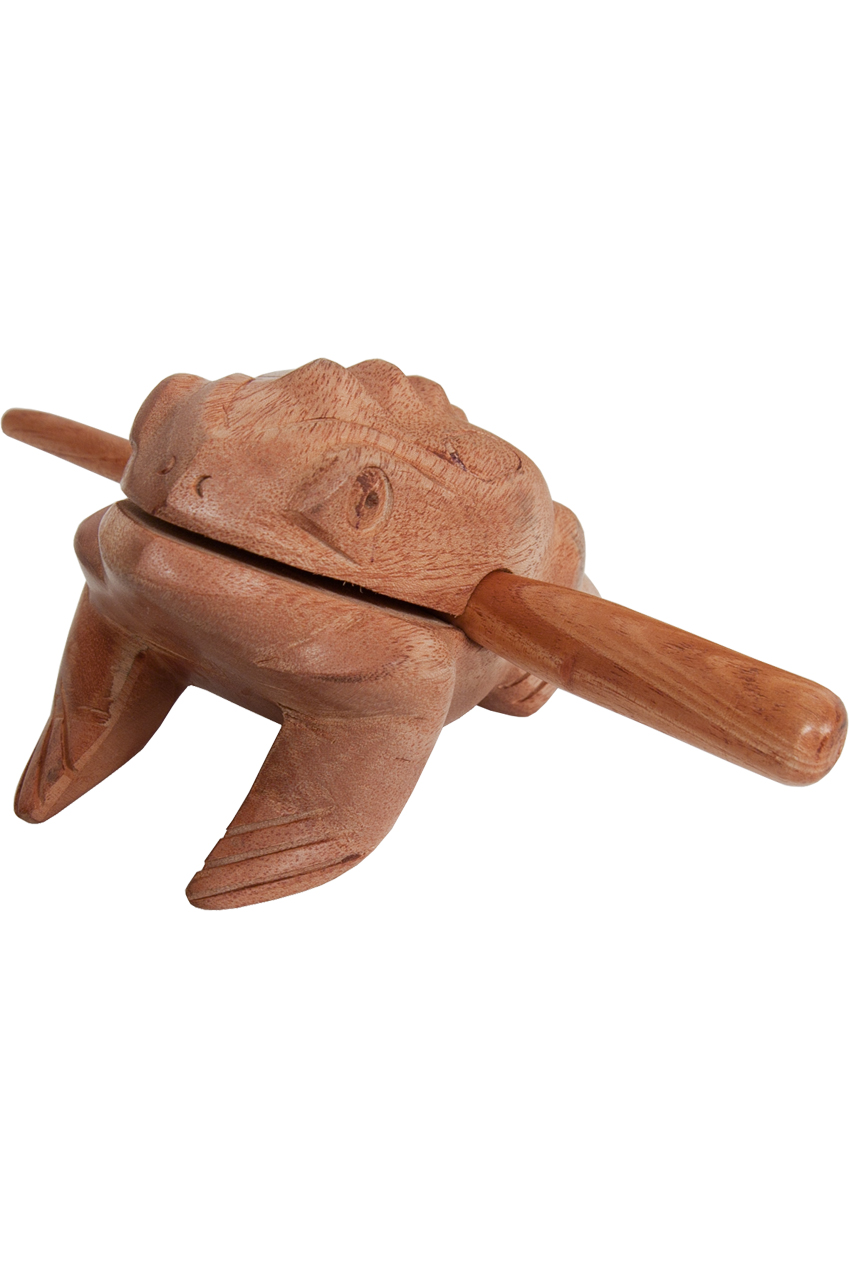 Free US shipping on all web orders over $75!

The unmistakable "ribb-itt" sound comes from scraping the stick over the ridges on frog's back. You can also tap the stick on his head for a wood block sound. The larger the frog, the lower the tone, so why not adopt the whole family? Hold the frog in the palm of your hand, so it faces the same direction you do. To make it chirp, rub the wooden plectrum over the ridges on its back. If you want to make the frog "ribb-itt", rub the plectrum from tail to head and then back down a couple ridges; all in one fluid motion. Now you can change the tone of the "ribb-itt" by covering and uncovering the holes on each side. This frog is 6.5 inches along the ridges, from the tip of his chin to his tail; and 3.25 inches tall.


Storefront Hours:
Monday - Saturday 11am - 5pm
Order online or give us a call,
all orders over $75 ship free!

Armitage & Columbia College
All pickups and donation drop-offs are run through our only store location 4544 N Lincoln Ave.