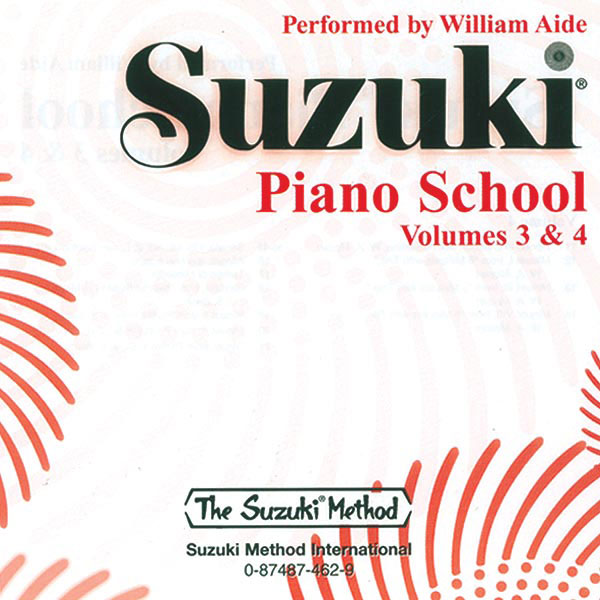 This CD contains the repertoire from Suzuki Piano School Volumes 3 & 4.

Recording artist William Aide, Professor Emeritus, Rupert E. Edwards Chair in Piano Performance at the University of Toronto, received his musical degrees from the University of Toronto and the Juilliard School of Music. He also holds a diploma and licentiate from the Royal Conservatory of Music, Toronto. (ARCT, LRCT) Professor Aide has recorded the twenty-four Chopin études, the Brahms cello sonatas with Ofra Harnoy, and the complete Suzuki piano method repertoire. He has concertized throughout Canada, the United States and the former Soviet Union.

This CD is out of print, so get it here while we still have some!