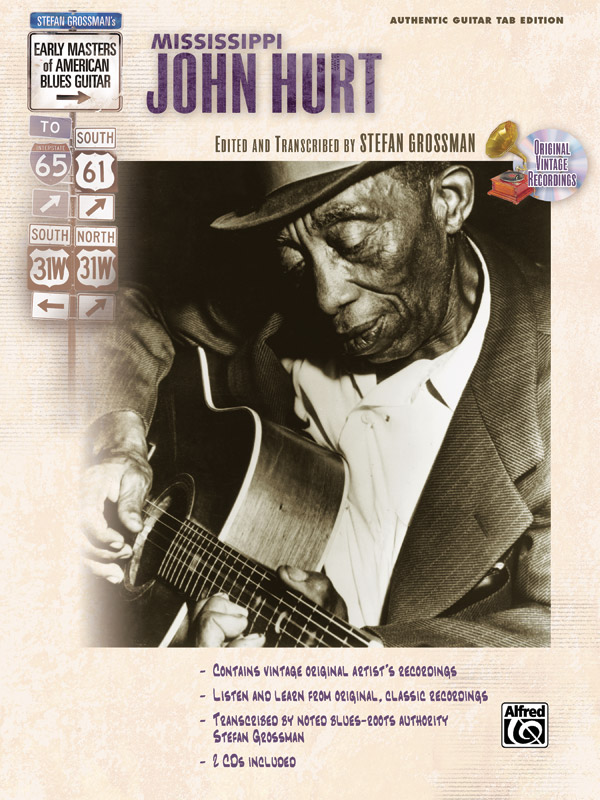 Free US shipping on all orders over $75!

Info from Publisher: The Early Masters of American Blues series provides the unique opportunity to study the true roots of modern blues. Stefan Grossman, noted roots-blues guitarist and musicologist, has compiled this fascinating collection of 26 songs legendary blues guitarist Mississippi John Hurt. In addition to Stefan's expert transcriptions, the book includes a CD containing the John Hurt's original recordings so you can hear the music as it was originally performed. Mississippi John Hurt had a fascinating career, originally recording a handful of songs in the late 1920s, and, after disappearing for nearly 30 years, being rediscovered by a new generation of musicians that included Bob Dylan, Joan Baez, and Stephen Sills. Found in 1963 living in a small town in Mississippi, by an admirer who tracked him down through the lyrics of his 1928 single "Avalon Blues," Mississippi John Hurt was persuaded to go to Washington, D.C. and start a new career. He spent the next three years performing and recording for a whole new group of fans. In addition to transcribing all the songs in this collection, Stefan Grossman was also a student of John Hurt.

Storefront Hours:
Monday - Saturday 11am - 5pm
Order online or give us a call,
all orders over $75 ship free!